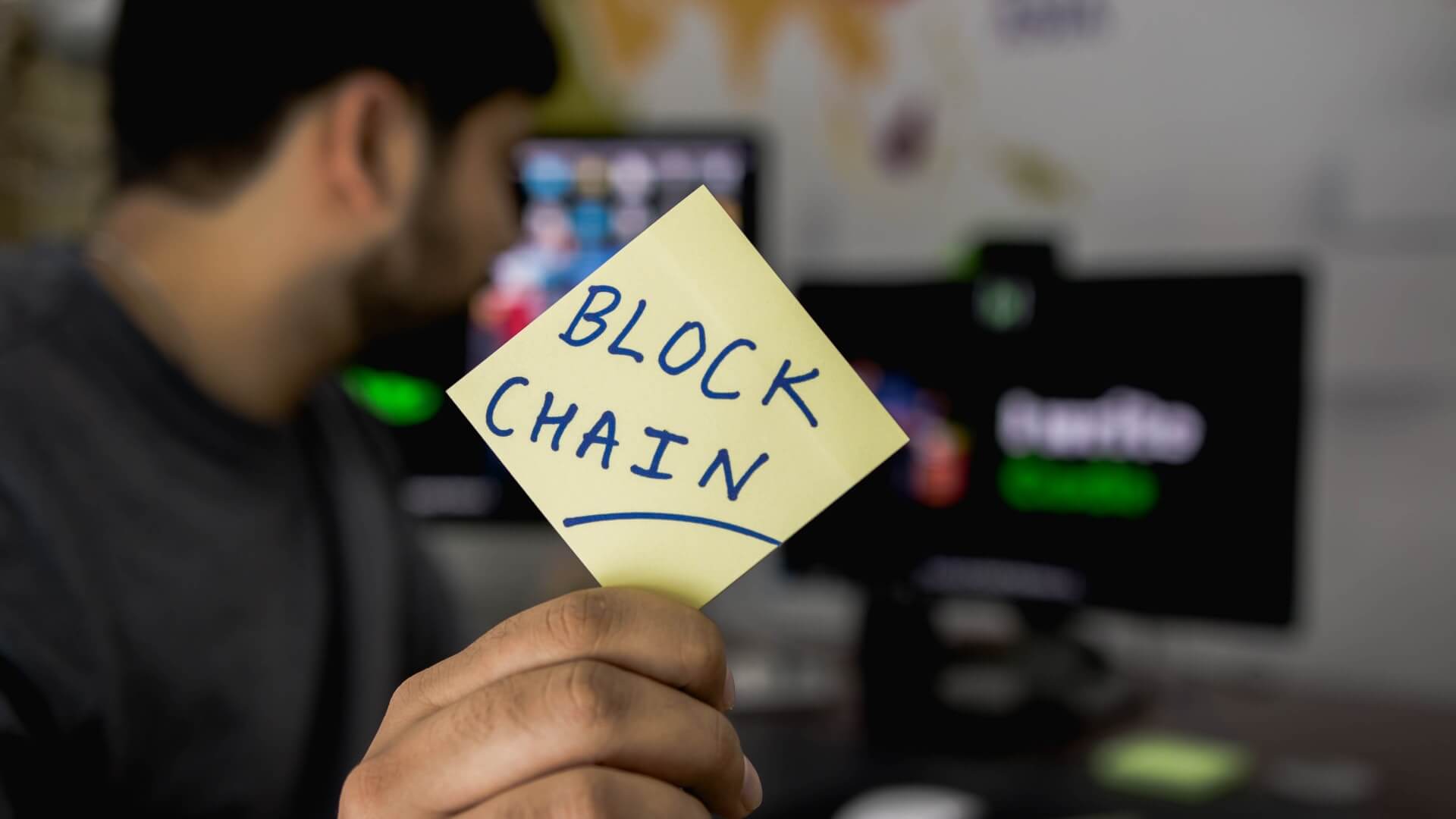 To DAO, or not to DAO ➲ That is the Web3 question!

The Blockchain promises to change the fabric of global commerce ushering in a new era of more transparent + accountable organisations empowering the next iteration of the internet called Web3. Smart Contracts can be used to directly allow fully or partially decentralised control by members who own Non-Fungible Tokens or NFTs in a DAO (Decentralised Autonomous Organisation). For clarity, a DAO may not have a Board of Directors or CEO.

What is a DAO?

Video ➲ What is a DAO?

Australian Law may recognise a DAO in 2022

Will companies be replaced by DAO's?

The need for Limited Liability!

The potential variations are endless …

How to protect minority members?

Web3 or in other words, the implementation of a decentralised web can be enabled + empowered by the use of a DAO (Decentralised Autonomous Organisation). A DAO operates fully or at least partly autonomously using Smart Contracts. A DAO may be controlled using Smart Contracts by Non-Fungible Tokens or NFT's which operate in a similar way to shares in a company (granting ownership, voting and other rights to their owners).

What is a DAO?

The following definition has been extracted from wikipedia:

A DAO's financial transaction record and program rules are maintained on a blockchain.

The precise legal status of this type of business organisation is unclear and may vary by jurisdiction.

The key difference between a traditional company and a DAO, is that in a DAO there may be no Board of Directors or centralised governance of the organisation.

Members can buy “governance tokens” to have a say in the decisions made by the DAO, and how it spends its money.

It's like a company where every decision the organisation makes is made directly by the shareholders.

Whilst this is the textbook definition of a DAO, not all are fully decentralised.

As this nascent category of organisation has evolved, it turns out that often times some element of centralised governance has been retained.

Australian Law may recognise a DAO in 2022

In Australia, a DAO is not currently legally recognised as a separate legal entity.

This means that the DAO's currently existing within Australia are the legal equivalent of partnerships where all members are jointly and severally liable for the debts of the DOA.

This default legal position may change in 2022.

On 8 December 2021 the Australian Government agreed to open consultation on how to implement the Bragg Senate Committee Report recommendations which included the following recommendation that Australia legislate for DAO's:

The following commentary has been extracted from a Business Insider article "The prospect of new Australian crypto regulation has markets around the world feeling ‘sad’ and ‘jealous’, experts say" by John Buckley dated 8 December 2021 (emphasis added):

Speaking to the Australia-Israel Chamber of Commerce in Melbourne on Wednesday, Frydenberg announced that the government will act on a selection of the recommendations made in October by a final report handed down in a Senate committee headed by Liberal senator Andrew Bragg.

Early next year, Treasury will open the consultation process on a new exchange licensing framework for the Australian crypto sector, which is currently unregulated and holds billions of the $US2 trillion worth of assets held globally.

The following commentary has been extracted from a Business Insider article "A new Senate report proposed the government write DAOs into Australian legislation. But what are they?" by John Buckley dated October 26 2021:

"Members of the crypto community and blockchain enthusiasts alike welcomed a new report handed down by a Senate committee on Thursday, which recommended the government introduce new legislation to establish a Decentralised Autonomous Organisation company structure.

The report signals a turning point for Australian regulators, who were slow to build guardrails fit for cryptocurrencies, and now acknowledge their “enormous” economic potential, as Australia strives to become a crypto superpower …

If it were to be written into law, Australia would become the first country in the world to recognise DAOs at a federal level. Some experts say the Senate recommendation itself represents “a paradigm shift” worthy of celebration, at a time when most people — politicians and regulators included — don’t even know what they are."

Will companies be replaced by DAO's?

We are at the very early stages of a revolution in Corporate Governance.

There is no way to accurately predict what will unfold.

✅ The potential economic benefits from the use of a DAO are clear.

What is not clear are the details:

🧩 How effective + efficient will decentralised control of an organisation actually be?

🧩 If a DAO governed business operates 24/7, and decisions need to be made over the Xmas vacation - will a DAO be able to deliver?

🧩 In my opinion there will be use cases + types of organisations that will be more suitable to be established and run as DAO's than others.

🧩 Corporate Governance can be an extremely difficult task at the best of times.

🧩 Some decisions require more than a 5 minute review of a proposal.

🧩 Will a DAO be capable of setting market leading strategies?

🧩 Will DAO's be moulded to fit the longer term wants and needs of their members without regard to short-term profitability?

🧩 Certainly creativity and new business models will develop to maximise the potential for DAO's.

“People with real ideas can cause real impact with DAOs if people are given the opportunity to bypass traditional financial [structures], and just connect with people with similar minds that have means to support their idea.

“I think that is a fantastic step towards a better world.”

The need for Limited Liability!

Without legislated protection of DAO's providing limited liability, individual members of a DAO are currently legally exposed to the debts + liabilities of the DAO in the same way that partners are exposed to legal liability in a partnership.

No real growth will be able to occur in this space until DAO's are granted legal recognition as a legal entity separate from their members, effectively delivering limited liability protection to members.

In specific circumstances, with a normal company the corporate veil is capable of being pierced.

Will these same exceptions apply to a DAO?

Currently in a standard company, individual Directors can be held personally liable for may things ➲ from trading whilst insolvent to payment of Employee Superannuation?

Will the same apply in a DAO?

What if there are thousands of members from all around the world (outside of the jurisdiction of Australian Courts), how will the ATO enforce payment?

DAO's are generally self-governed (unless the members vote for a change) with publicly viewable + transparent automated Smart Contracts.

🧩 What happens if a Smart Contract mistakenly (due to a bug 🐞) allows a DAO to break the law? who is responsible?

🧩 What if the law changes, and the DAO members cannot agree to change the Smart Contracts to be legally compliant?

🧩 Some early DAO's have been hacked causing major issues for and the potential loss of $$ for members.

The potential variations are endless …

As each DAO can be setup with different Smart Contracts, the potential variations are endless.

This inherent flexibility allows for greater creativity, but also makes it more difficult to regulate this space.

As there are benefits to both standard companies as well as DAO, it is possible we may see a Company + DAO hybrid organisation.

The hybrid organisation might recognise the vote of one or more of the Directors seats within the Board of Directors of a standard company are the vote of a DAO?

How to protect minority members?

The difference with regard to a DAO is that there is no way to implement an effective human control layer (or sign-off) which could prevent an instance of theft of minority member funds such as the one described below:

“The DAO”, an investor-directed venture capital fund and one of the earliest listed decentralised autonomous organisations, in 2016 saw its members exploit the organisation’s smart contract code and siphon off about a third of the organisation’s funds to a subsidiary account.

It was delisted from all major crypto exchanges three months later, and is now defunct.

We have no way of knowing what new business models will be created using DAO's.

I recall a recent LinkedIn Post by a fellow Australian lawyer Stefanie Todorov where she made that point that:

"something is going on... the current wave of ecommerce driven platform business models have no physical assets".

They act as matchmakers between asset owners and customers.

My comment in reply was that the next wave of businesses may disrupt the disruptors by enabling "direct eCommerce" such that asset owners and customers deal directly with each other bypassing and disrupting the platforms.

This would deliver lower prices to end-consumers as the margin of profits which is currently being paid to the platform would no longer be required.

Certainly, a DAO has the potential to replace a global platform (just as it may replace all or part of a Board of Directors and CEO).

A DAO could theoretically also ensure maximum return to asset owners (who would be members of the DAO).

“We’re now seeing them (DAOs) emerge in file storage, as well as gaming, where you’re empowering the players in the play-to-earn model, where it’s not just a centralised, corporate multinational gaming company that earns all the profits from the endgame items that are purchased.

“If you have the DAO governance token, in Axie Infinity, or in Illuvium, what these DAO-based projects are trying to do is empower, economically, all of the game players with the profits of the worldwide game.”

As with nearly all aspects of our increasingly Digital Lives: The Law is Playing Catchup!

In sum, watch this space!

DAOs are complicated, hence writing a thesis on them, and there is plenty more that has and will be written on them!

But a few things broadly:

1️⃣ Many DAOs are/will be not-for-profit organisations, so if Australian company law is changed to accommodate DAOs, such a structure won't be suitable for all DAOs.

2️⃣ As you say, one of the questions is "[h]ow effective + efficient will decentralised control of an organisation actually be?".

The answer is that it is really tricky and it is highly unlikely to be a situation of any token holder being able to make a proposal and all token holders able to vote upon it.

DAOs are experimenting with all sorts of very voting schemes etc.

3️⃣ And this links with point 2️⃣ above, while DAOs are new, in fact I open the thesis with the quote -

"[T]he DAO is that genuine rarity: a new thing upon the Earth, something that really could not have been conceptualized before the technologies underlying it were in place."

technology isn't sufficient in itself to overcome human limitations in relation to decision making.