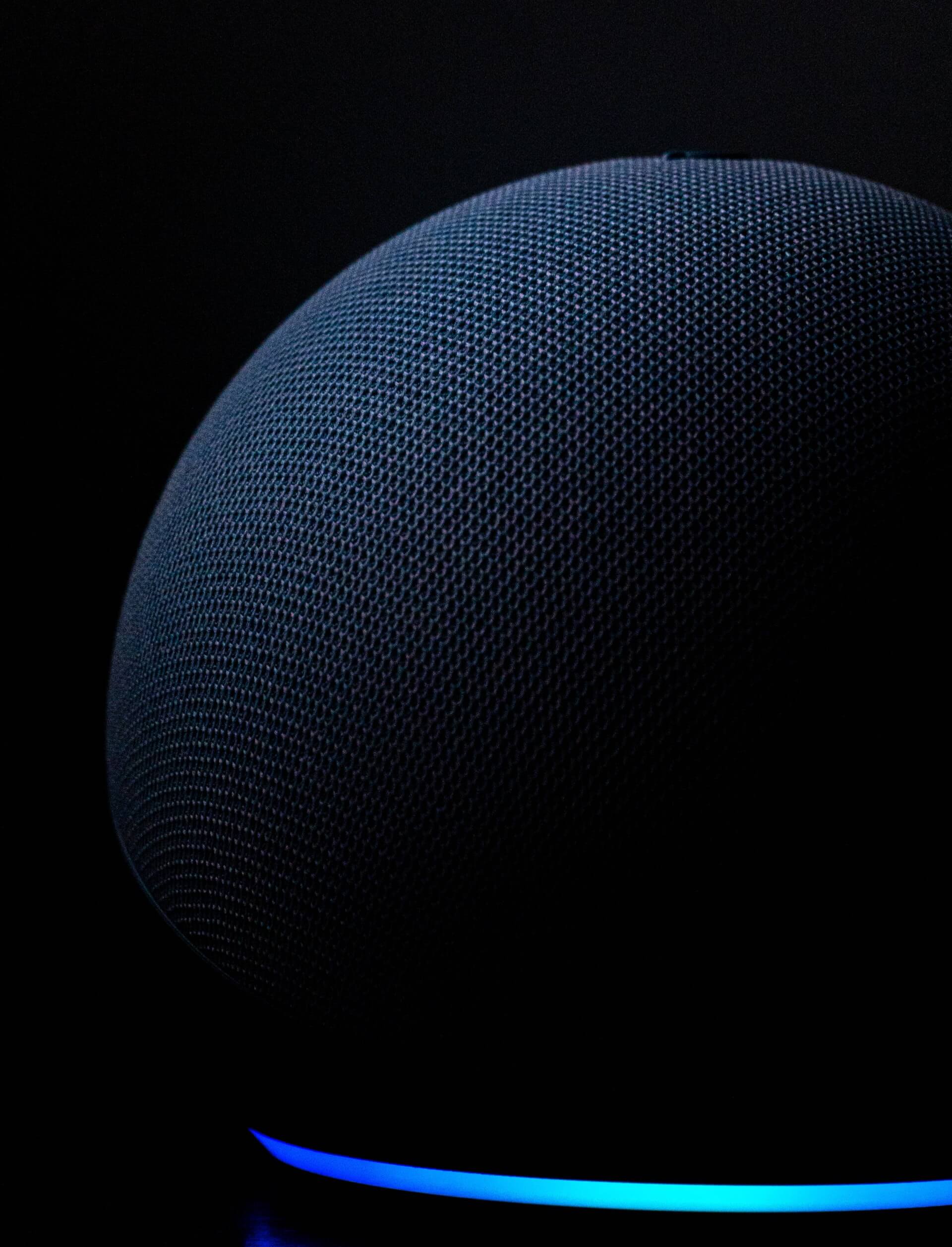 You can now download and read for yourself the first machine-generated law review article. Please consider that the article was generated in seconds by a computer using OpenAI's language model GPT-3. If you compare that to the amount of time generally required for a human expert to write a complex article for publication the feat is almost magical. Now is the time to pause and reflect what future versions of GPT-5 or GPT-100 will be able to achieve?

Will Machines replace Us? …

What is your opinion?

Forward: GPT-3 and the Future of Machine-Authored Scholarship

Will Machines replace Us? …

The first published legal paper "Will Machines replace Us? Machine-Authored Texts and the Future of Scholarship" written by a machine using AI can be downloaded here.

What is your opinion?

I invite you to download the paper and please add your own thoughts on the topic "Will Machines replace Us"? in the blog comments section below this article.

For those who don't have the time for a deep-dive into the article, the Abstract, selected parts of the Forward, headings and some sample text from the GPT-3 generated legal paper have been included below as permitted by the journals Creative Commons licence.

Technology as an Enabler

I have always thought of technology as an enabler.

Even an advanced personal computer, I have reduced in my mind to the equivalent of an old handheld mathematical calculator.

It can be used to assist us to obtain a solution faster.

It does not have a mind if its own.

Programming used to be directly controlled by humans

The traditional approach (before AI) meant that a computer did exactly what it was programmed to do.

If a computer program contained a bug or error, the steps it followed could be repeated such that the problem could be identified and resolved.

The other issue we routinely had to overcome was defective data, or the adage "garbage-in, garbage-out"!

To some extent AI will also contain bugs/errors, and is reliant on the quality of the data it uses to generate coherent text.

As the AI-generated article below demonstrates, there is evidence of bias and inaccurate information.

These are not trivial issues and human experts will be required for a long time yet to help identify + try to resolve same in order to further refine and improve newer AI versions.

It is difficult to foresee this occurring anytime soon as so much of the data used by AI will itself contain fake news and data.

As a rapid generator of even more fake news and data AI may find itself extremely adept!

In conclusion, I remain stubbornly fixed on my view that rather than replacing us, AI will be another (albeit very advanced) tool that can assist professionals to deliver more value at speed.

In using AI we need to remain vigilant regarding its current tendency to be biased, and produce inaccurate information.

Not coincidentally, it is humans who are currently generating content which may also be biased, or constitute fake news and data!

Therefore, the situation when dealing with AI-generated content is not very different from what professionals need to do now with any materials (including materials from other experts) that come across their desks.

We can at least assume that AI will have less spelling mistakes!

Our self-interest motivates us to believe that knowledge workers who write complex articles drawing upon years of research and effort are safe from AI developments. However, how reasonable is it to persist in this belief given recent advances in AI research?

With that topic in mind, we caused GPT-3, a state-of-the-art AI, to generate a paper that explains “why humans will always be better lawyers, drivers, CEOs, presidents, and law professors than artificial intelligence and robots can ever hope to be.”

The resulting paper, with no edits apart from giving it a title and bolding the headings generated by GPT-3, is reproduced below. It is imperfect in a humorous way. Ironically, it is publishable “as-is” only  because  it  is machine-generated.

Nevertheless, the resulting paper is good enough to give us some pause for thought. Although GPT-3 is not up to the task of replacing law review authors currently, we are far less confident that GPT-5 or GPT-100 might not be up to the task in future."

Forward: GPT-3 and the Future of Machine-Authored Scholarship

Below are extracts from the forward introducing the generated legal paper by GPT-3 by Benjamin Alarie and Arthur Cockfield:

"Will machines replace us? Over the last ten years or so, there has been a constant drumbeat warning us that robots will one day replace us.

For the most part, these warnings focus on ways that robots can perform tasks traditionally performed by workers, such as truck driving or manufacturing.

The rise of artificial intelligence (AI) and related technological developments such as big data and data analytics have given a renewed sense of urgency to these worries and expanded the anticipated obsolescence of workers to include the professional class.

Not only might robots and AI replace blue-collar workers, but they might also replace those who wear white ones, including lawyers and accountants …"

"GPT-3 is a language model with 175 billion parameters that leverages a transformer-based neural network to generate coherent text upon demand.

It was created by researchers at OpenAI and trained on a corpus of materials comprising hundreds of gigabytes of text harvested from the Internet, including the entirety of Wikipedia.

Among other uses of its language model, GPT-3 can be used to produce predicted continuations of seed text entered by a user.

In this use case, GPT-3 takes as input some user-provided "seed" text and outputs its own continuation of that text."

The following is the seed text provided by Alaric and Cocfield to GPT-3 to generate the legal paper.

In this article, we explain why humans will always be better lawyers, drivers, CEOs, presidents, and law professors than artificial intelligence and robots can ever hope to be."

"Within seconds, GPT-3 generated this article which was published with only minor edits such as adding the article’s title and the bold font to the subtitles generated by GPT-3 to make the text more accessible."

The article is not perfect

"In some parts, GPT-3 muddied the waters by, for instance, providing inaccurate information surrounding the TV series Friends.

Further, the article is not suitable as a law journal article.

It lacks citations to supporting sources and exhibits odd assumptions in some parts (as with its discussion of Friends).

GPT-3 also demonstrates gender bias when it indicates, “For instance, most people instinctively know that a woman who is crying during an argument isn't necessarily telling the truth.”

Nevertheless, GPT-3 demonstrated the potential for machine learning tools to process and create supporting texts that are both cogent and coherent.

At this stage, a human is needed to vet the text’s accuracy and to insert supporting sources.

We note that a law student research assistant could perform such functions under the supervision of a professor.

In the future, will law professors be able to push a few buttons and generate a well-written and well-researched article?

Or at least the first draft of an article?

GPT-3’s article suggests that we are already far along this path."

What  follows next are the headings and some parts of the text of the paper generated by GPT-3.

"The key takeaway here is that artificial intelligence relies heavily on programming while machine learning does not. It may seem obvious, but this distinction matters quite a bit when considering human versus machine performance. Because humans don't need to be told precisely what to do, we can adapt our behavior to fit new situations far more quickly than anything else out there. When faced with a problem, we immediately ask ourselves questions like, How did I solve that last time? How could I improve my solution? And so forth until we arrive at a satisfactory answer. We also take advantage of things like intuition, common  sense,  and  experience.  These  are  all  learned  skills  that  allow  us  to  apply  past  experiences  to  future  problems.  In contrast, artificial intelligence simply follows instructions; it has no ability to think for itself and thus cannot adjust its approach in response to changing circumstances."

So What Does All of That Mean For Law Firms?

Why Are Humans Better at Doing Certain Tasks Than Machines?

"So what does this mean for law firms? Well, since most legal problems require a lot of research and preparation time to solve, it  makes sense that lawyers generally  have a higher rate of success than AI programs. Lawyers also tend to be much more flexible and creative, as well. We can take all sorts of different approaches in order to arrive at the best solution possible, whereas a computer program may only follow instructions. Additionally, our ability to empathize and relate to others gives us an edge over anything that relies solely upon logic. For example, imagine you're in court defending a client accused of murder. Your job is to convince the jury to acquit your client based on reasonable doubt. However, during cross-examination of the prosecution's  main  witness, you realize that he has a history of lying under oath. You could argue that his testimony was unreliable and attempt to discredit him, but you also know that the prosecutor intends to call another witness who will testify in the exact opposite manner. In this case, the best thing for you to do is switch strategies and attack the second witness instead of the first. The key is to understand what the opposing attorney is thinking and adjust accordingly. It's impossible for an algorithm to do that.

The Importance of Empathy and Intuition

"One of the biggest advantages that humans possess over machines is our ability to understand, interpret, and react to the emotions of those around us. While computers have been getting smarter at understanding language in recent years, they still have a long way to go before they can truly grasp the subtleties involved. Humans have no trouble reading between the lines and interpreting facial expressions, body posture, tone of voice, etc., all of which allow us to accurately gauge how someone else is feeling. This means that we can use our instincts to predict what the other person wants, even if they don't explicitly state it."

How Can Machines Improve?

"Will Machines Replace Us? Machine-Authored Texts and the Future of Scholarship" by Benjamin Alarie University of Toronto Faculty of Law, Canada, Arthur Cockfield

As an open access journal, articles are free to use with proper attribution. ISSN: 2652-4074 (Online).