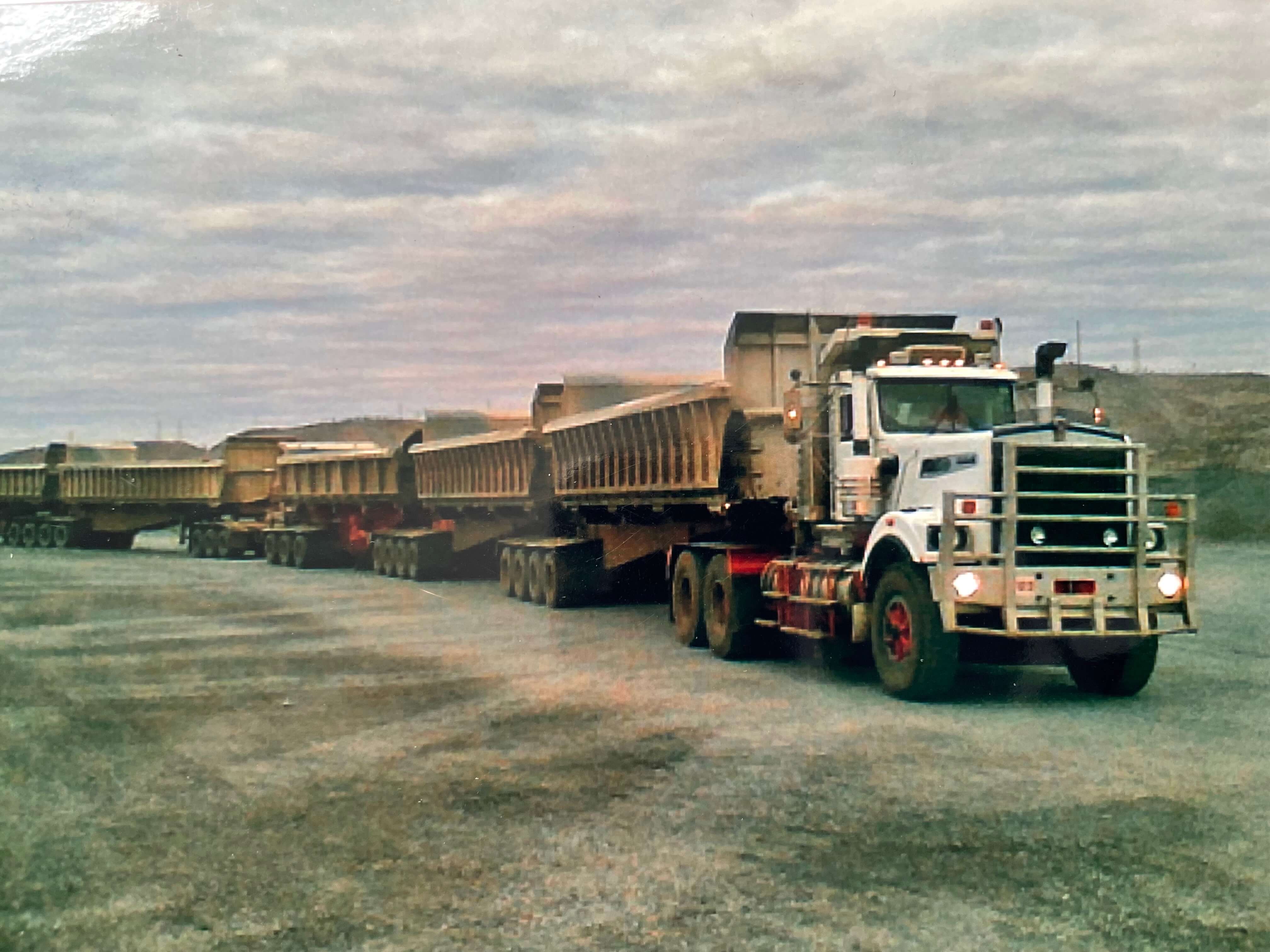 Back in 2016, I received a postcard from the father of one of my clients with a very nice note of thanks together with a copy of the book "Outlaw among Lawyers: The Peter Clyne Story". I thoroughly enjoyed the tales of Mr. Clyne's disbarment, his many attempts to be admitted back into the legal profession, battles with the ATO & time as a Magistrate in Zambia. This blog article covers some of the highlights!

A Postcard from a "Loose Nut" in Tasmania

The Advantages of being an Outlawyer

A Postcard from a "Loose Nut" in Tasmania

Out of the blue I received the below note of thanks written on the back of what I have described as a postcard, but is actually a photograph of the truck driven by the self-described "Loose Nut (at the wheel!)" Frank Yates.

Included was the book "Outlaw among Lawyers: The Peter Clyne Story".

Frank's kind words and the book are very much appreciated + did provide much amusement.

So much so, I am motivated to share the highlights in this blog article.

There are lawyers and then there is Peter Clyne [1927-1987] who was such an outlawyer he was disbarred from the Australian legal profession at what appears was the first opportunity.

Despite 5 attempts to appeal/be readmitted Mr. Clyne was never deemed to be of sufficient moral character to return to the practice of law.

"Clyne graduated in Law from the University of Sydney in 1944 with a maximum pass.

He practiced as a barrister in the New South Wales Bar Association.

On 8 December 1959 he was disbarred for his conduct of a case, for using his client as an "instrument of blackmail."

He subsequently made 4 more unsuccessful attempts to gain readmission to the bar."

I have since learned that the late Chester Porter QC knew Peter Clyne very well from university debating days and had acted for and against him many times in Court.

Coincidentally, he was led by Ted St. John QC in one of Peter's attempts to gain readmission to the bar.

In his autobiography "Chester Porter Walking on Water: A life in the Law" Chester Porter QC had the following to say about Peter Clyne:

"Peter was an entertaining writer, both of legal textbooks and on either autobiographical or legal subjects. Any Peter Clyne book was well worth reading...

He was struck-off for making submissions not supported by the evidence and in extreme terms. His problem at the time was a stubborn refusal to realise what he was doing, and how others perceived it. In my opinion he did not deliberately break the rules of advocates' ethics, but his foolish conduct made the disaster of his removal from the roll of barristers quite inevitable.

... In my dealings with him, as his opponent or when he was my client, he was honest and trustworthy.

Clyne describes himself as:

A practising outlawyer whose career became exciting, lucrative and satisfying only after he was disbarred [from the legal profession] in 1959.

The tales told in his autobiographical book are so outrageous with so many twists & turns that it is hard to believe they are all true.

A summary from Wikipedia:

Peter Leopold Clyne (24 April 1927 – 10 October 1987) was an Austrian/Australian lawyer, businessman, tax consultant and author. He was dedicated to avoiding taxes and assisted others to do the same. He wrote 21 books, mainly on the subject of tax avoidance. He was involved in numerous court actions and was convicted in the United States and Australia for false statements, and placed into bankruptcy twice in Australia.

I was struck by a paragraph in the How to be an Outlawyer chapter of the book where Mr. Clyne outlines the logic behind the idea of placing on his legal looking letterhead the following statement in tiny print:

Our minds tend not to recognise the word "Not" on first impression.

Therefore, a level of subconscious trickery is afoot.

The majority of the text is what we expect to see on a legal letterhead and affords some level of comfort for which there is no basis.

Whilst it is against the law to hold oneself out as a lawyer without a licence, Mr. Clynes states that his pre-prepared defence would be as follows:

"No suggestion could then be made that I was pretending to be what I am not, which is the only thing the statute really prohibits."

The Advantages of being an Outlawyer

It is safe to say that the advantages enumerated by Mr. Clyne of being an outlawyer, are very similar to the advantages of being a criminal who skirts the law: there are no rules to follow.

In those days lawyers could not advertise. Mr. Clyne could.

He did not have to issue a "bill of costs" and included a funny example of a lawyer's bill:

TO crossing the street again when I discovered it wasn't you   $72.50"

Mr. Clyne knew he was fine so long as he did not break the law.

He was very confident that he knew how to stay on the right side of illegality!

From the inside jacket cover of the book Senator Carrick is quoted from the Adelaide Advertiser on 12 March, 1981 as saying:

"I understand it is the perennial occupation of the tax department to pursue Mr. Clyne, but I don't know what success it has had.

Mr. Clyne is renowned for his amoral attitude to life. He is not unknown to the Commonwealth Taxation department and I believe they have something less than a love-hate relationship …"

Mr. Clyne can only be described as a studied eccentric.

His string of exploits makes for the script of a novel/movie and included extravagant living combined with constant dalliances with the authorities at every turn resulting in 2 bankruptcies, stints in jail, and many court cases!

These are the 21 books by Mr. Clyne [mainly on the subject of tax avoidance] you might find as Mr. Yates did at the weekend market!

Thank you, James, for including my dad's postcard and gift to you in your article.  We both found it very entertaining.

Dad enjoyed seeing his old truck photo and his hand-written card again, and thought it was great you had incorporated it into the article and the story of Mr Clyne.

Looking back it is amazing that dad found a copy of the book, he was right in thinking you would enjoy reading it, and that put a smile on his old truckie face!

You and I both know the seriousness of those in the legal industry who may choose to 'take advantage' of their client, or 'step outside' of their legal responsibilities and due diligence when representing a client, especially when it comes to fees and charges, and how this type of behaviour can affect your whole industry.

Trust is one of the most important things from a client's perspective.

Even after six years, I haven't forgotten what you did for me James with my matter, and allowing me - to help you - help me, taught me so much.

I know how fortunate I was to have found you when I did, and that reflects with my dad wanting to thank you as he did too.

We hope this article might help someone else - beware rogue lawyers!

Which of course, James you are the complete opposite, and in my book the epitome of everything an excellent representative of the Law should be.